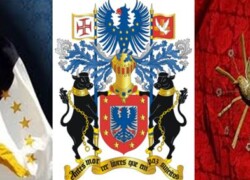 This year, on June 6, the people of the Azores celebrate “Azores Day” or  “Dia da Região Autónoma dos Açores” [Day of the Autonomous Region of the Azores], a public holiday, observed throughout the archipelago, to honor self-rule, identity and pride, the “affirmation of the identity of the Azorean people, their philosophy of life and their regional unity.”

The Day of the Autonomous Region of the Azores was established by the Azorean Legislative Assembly (Parliament) in August 21,1980. 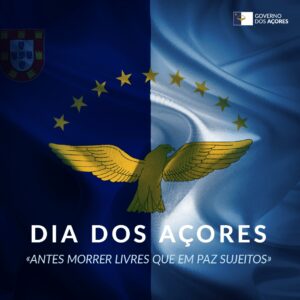 The date is movable to coincide with the first Monday following the Sunday of Pentecost, which sets the beginning the Azorean traditional Holy Ghost festival cycle.

This year, the official celebrations are taking place on São Miguel island, in the city of Lagoa, in the Auditorium of Nonagon, at 10:30am, local time, and will be broadcast live worldwide on RTP Açores/RTP Play. 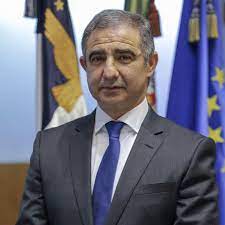 The ceremony will begin with interventions by representatives of the Legislative Assembly of the Autonomous Region (Parliament) of the Azores followed by addresses delivered by the president of the Government of the Azores, José Manuel Bolieiro, and the President of Parliament, Luís Garcia.

Established in 2002, this year 26 Azorean Honorary Insignia will honor distinguished citizens and institutions “who are notable for personal or institutional merits, acts, civic deeds or services rendered to the Region.”

The ceremony will close with both anthems of the Azores and Portugal being performed by the Academia Musical da Associação Musical de Lagoa, followed by the traditional Holy Ghost sopas, at Praça Nonagon, free and open to the public.

The Commendation of Professional Merit will be awarded to Jorge Borges, a former Physical Education teacher (posthumously); entrepreneur Norberto Fontes; and Trevor Moniz, an Azorean emigrant to Bermuda.

The Commendation of Industrial, Commercial and Agricultural Merit will be awarded to Fortunato Garcia, a wine entrepreneur (Pico); Ildeberto Medina, a civil construction entrepreneur in the United States; and business entrepreneur Messias Tevês (São Miguel).

The Azores (population 250,000) is a region of Portugal composed of nine islands. The archipelago discovered by Portuguese explorers in the 15th century, became an Autonomous Region of Portugal in 1976. The government of the Autonomous Region of the Azores includes the Parliament [Legislative Assembly] composed of 57 elected deputies, elected by universal suffrage for a four-year term; the Regional Government and Presidency, with parliamentary legitimacy, composed of a President, a Vice-President and seven Regional Secretaries responsible for the Regional Government executive operations. The Autonomous Region of the Azores is represented in the Council of Ministers of the Central Government by a representative appointed by the President of Portugal. According to the latest US census over 1.3 million individuals of Portuguese descent live in the United States, the majority with roots in the Azores. It is estimated that over 20,000 US citizens live in Portugal.