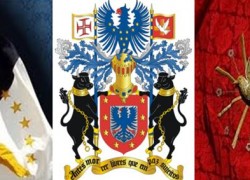 On Monday, June 5th, the Azorean people celebrate the –  ‘Day of the Azores’ – a public holiday established in 1980, dedicated to honor Azorean self-rule as granted in the Portuguese Constitution of 1976, following the Carnation Revolution of April 25, 1974.

Designated ‘Dia da Região Autónoma dos Açores’ (Day of the Autonomous Region of the Azores), the holiday also honor the historical, cultural and social affirmation of the Azorean people.

The celebrations do not always occur on the same date each year. The date is movable to coincide with the first Monday following the Sunday of Pentecost, which sets the beginning the Azorean traditional Holy Ghost Festival cycle.

One of the highlights of the event is the bestowing of honors to distinguished Azorean personalities and institutions who have contributed to the wellbeing of the Azores and its people. This year, 30 personalities and 12 institutions will be honored during solemn ceremony to be held at the Legislative Assembly of the Government of the Azores, in Horta city, on Faial island.

The ‘Day of the Azores’ is always marked by various festivities held on all the nine islands of the Azorean Archipelago.

The list of personalities and institutions distinguished this year :