June 5 elections: Emigrant vote yet to be counted 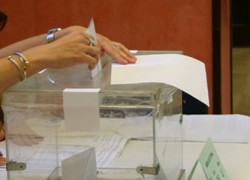 The final poll results from Sunday’s snap elections could take up to two weeks to be known, but the overseas votes, from an estimated 5 million Portuguese living abroad, will not impact the results significantly.  In the United States, with a Portuguese presence of over 1 million, less than 11 thousand were eligible to vote.

Traditionally, the Portuguese living abroad have voted Social Democrat (PSD). For the June 5 legislative elections, absentee votes were sent through the mail.

With the emigrant vote, the winning Social Democrat party (PSD) is expected to add 4 additional parliament seats to the 105 parliamentary seats won, out of a total of 226.

Still, without an absolute majority, conservative Prime Minister elect Pedro Passos Coelho (PSD) and right-wing Paulo Portas (CDS-PP), are currently negotiating the terms of a coalition government for the next four years.

They face the challenge of implementing the austerity measures imposed by the terms of the 78 billion-euro bailout program agreed last month by the outgoing administration with the European Union, the European Central Bank and the International Monetary Fund.

Socialist Party leaders are meeting Tuesday to set a date for the election of a new secretary-general after Socialist party leader, defeated Prime Minister José Socrates, resigned the post.

A Socialist Party representative told Lusa News Agency that elections for a new party leader would most likely take place next month and that a party congress will be held next fall.

Election over as Portugal braces for tough times