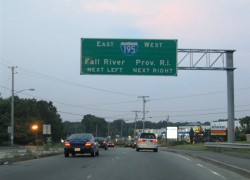 According to the final results released Friday by the National Election Commission, less than 17 percent of the Portuguese living abroad cast their ballots for the June 5 elections, representing an absenteeism rate of 83 percent.

In spite of the low participation, there was an increase of 8.000 votes cast for the June 5 elections, compared to the 2009 elections.  An estimated 5 million Portuguese live abroad.

Recent figures from the Bank of Portugal showed that in 2010 Portuguese emigrants worldwide sent home over 2,403 billion euros ($3,460 USD billion).

With the emigrant vote, the winning Social Democrat party (PSD) added 3 additional parliament seats and the Socialist Party (PS) added 1 parliamentary seat out of a total of 226 seats.

The official rate of absenteeism was estimated at a record high of 42 percent.