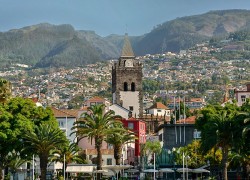 The day is also celebrated with pride in the many Portuguese communities of Madeiran descent around the world, namely in the United States, United Kingdom, Canada, Brazil, Australia, British Guiana, Venezuela, and South Africa.

Highlights of the holiday include a solemn ceremony at the Madeira Regional Legislative Assembly, bestowing of the Madeira’s honorary insignia to distinguished Madeirans, and a solemn Mass at the Cathedral of Funchal, the capital.

Blessed with a year-round, warm subtropical climate, Madeira is a prime European tourism destination, famous for the Madeira distinctive wine.

There is plenty to see in Funchal, the capital, including exotic botanic gardens and the inviting harbor considered to be one of the most spectacular harbor destinations in the world. Marina Funchal is a popular cruise liner destination visited up to 75 liners per month and the stage for one of the world’s largest New Year’s eve fireworks displays. 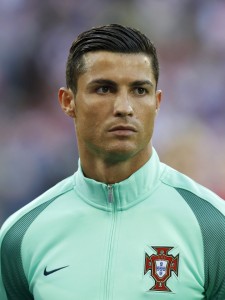 Cristiano Ronaldo, considered the best soccer player in the world and regarded by some as the greatest of all time, is a native of Madeira. Ronaldo holds the records for most official goals scored in the top five European leagues (369), the UEFA Champions League (105) and the UEFA European Championship (29), as well as the most goals scored in a UEFA Champions League season (17). He has scored more than 600 senior career goals for club and country.

Madeira is an integral part of the European Union, provided with its own political and administrative statute and its own government. The branches of government are the Regional Executive [Governo Regional] and the Legislative Assembly [Assembleia Regional]. The sovereignty of the Portuguese Republic is represented in the region by a Representative of the Republic appointed by the President of Portugal. The archipelago (population 267,785) includes the islands of Madeira, Porto Santo and the Desertas islets.