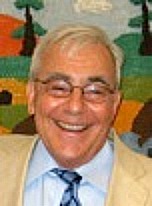 José Luis Ribeiro, 72, passed away Thursday, May 12, 2011, in Lexington, MA.  He was born in Moimenta, mainland Portugal, the son of the late Francisco and Maria Ribeiro, and  immigrated to the United States in 70’s.

A psychologist and professor, he held multiple degrees including a Bachelor of Arts in Humanities from the Institute of Philosophy in Braga, Portugal, a Masters of Arts in Philosophy at the Portuguese Catholic University in Braga, Portugal, a Bachelor of Divinity at the Institute of Theology & Philosophy in Dublin, Ireland, graduate courses at Université De Louvain, in Louvain, Belgium, a Master of Education in Counseling Psychology, a Doctorate in Counseling and Psychology at Boston College, and a Post-doctoral Fellowship at the Harvard University School of Medicine. He held various certifications and was proficient in five languages.

He also was the coordinator to the “Say Yes” to Education Scholarship Program under the partnership of the Weiss Foundation, at Lesley University, and Cambridge Public Schools, in operation since 1990. The “Say Yes” Cambridge Chapter achieved remarkable results. Over 90 percent of the students in the program would finish their high school education and over 64 percent would obtain a post-secondary degree or vocational certificate.

He was a guest lecturer, consulting psychologist, expert witness, visiting instructor, drug and alcohol prevention educator, Board member of the Cambridge Somerville, Mental Health and Retardation Board, and many other committees. He also received the Portuguese American Cultural Impact Award (2009) by União Portuguesa Continental for his achievements and for his dedication to the advancement of the Portuguese American community.

He is survived by his wife Elizabeth, his two children Paulo and Lino, and his granddaughter Francesca. He was the brother of Luisa da Silva Ribeiro, Maria Celina Ribeiro, Isaltina Rosa Pires Ribeiro, all of Portugal, and the late Helder Ribeiro.