John Kerry: On the Occasion of Portugal Day – US Secretary of State 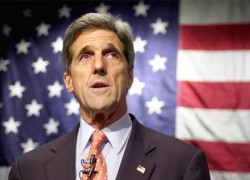 On behalf of President Obama and the American people, I congratulate the people of Portugal as you celebrate Portugal Day on June 10.

The United States and Portugal share a close bond, dating back to the founding of the United States. In the centuries that have followed, millions of Portuguese and Americans have crossed the Atlantic in pursuit of opportunity and adventure.

For many of us, the bonds between our two nations are rooted not just in history, but also in family. My wife Teresa’s Portuguese heritage and my experience representing one of America’s largest Portuguese-American communities for nearly three decades in the United States Senate have made Portuguese culture an important part of my personal and public life. I was pleased to welcome Portuguese Foreign Minister Rui Machete to Washington in January and to share with him my personal affection for the people of Portugal and Portuguese culture.

Today, the strong partnership between our two countries is more vital than ever. We work together to advance global peace and security at NATO and the United Nations, and to promote shared prosperity by expanding our commercial ties, encouraging entrepreneurship and innovation, and creating opportunities for young people around the world.

As you honor Luís de Camões, reflect on Portugal’s rich culture, and enjoy time with family and friends, the American people celebrate with you. I am confident that our partnership will continue to deepen in the years to come.