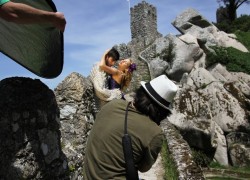 By Carolina Matos, Editor (*)  João Carlos is an award-winning master photographer.  In 2009, he was the winner of the Hasselblad Masters Award, one of the world’s most prestigious awards in the industry.  Most remarkably he was the youngest ever to receive this prize. 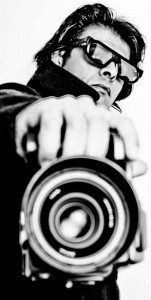 He was born in New York, in 1977, to Portuguese immigrant parents from the region of Caldas da Rainha, mainland Portugal.  His father is from Nadadouro and his mother from Fanadia village.

Like many before them, they arrived in New York, in 1970, to create a better life for themselves and their children.  João told the Portuguese American Journal, “My older sister Lucia was three years old and my younger sister Alice was born only seven days after my parents immigrated to Yonkers, New York.  I was born seven years after that.”

Growing up, his life would turn to be a true blend of opposing worlds – the sophistication of cosmopolitan New York and the quietude of his parent’s provincial roots in Portugal where João spent time with his grandparents.

He said, “I would visit my grandparents two months in the summer and go to the beach in Foz do Arelho.  When I was seven years old, my parents sent me to Portugal to complete second grade there.  I lived with my grandparents that year.  That was by far the best way to learn the language and the customs of the country of my forefathers.”

Back and forth between the two countries, João would end up leaving New York behind at the age of 15.   “My parents decided that they missed their home land and they moved back to Portugal.  I didn’t have much of a choice at the time,” he said. 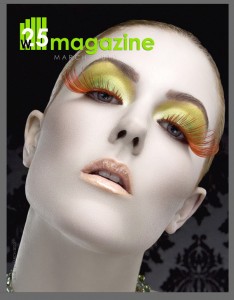 He would live in Portugal for the next 15 years, until 2007, when he returned, 30 years old, to make New York his home.  “My life has been spent equally divided between the two countries,” he said.  “I have been traveling back and forth ever since.”

For the last four years, João has been commuting between Lisbon and New York on a regular basis.  Sometimes he feels uprooted and alienated from family and friends.  “I spend nearly six months here and six months traveling.  I find that in Portugal people have stopped inviting me to parties because I am always traveling and I won’t show up anyway.  So let’s say that if it wasn’t for the social networks, it would be practically impossible to keep relationships with family and friends,” he said.

His life became a divided existence between work commitments and relationships.  Last year he found love in London where he now spends some of his time.  João Carlos said, “Right now, I am divided between Lisbon and New York and also London.  My girlfriend lives in London and I spend a lot of time there.”

It is a life style that brings him both excitement and distress with advantages and disadvantages.  João Carlos explains, “One advantage is that I have a global vision of the world that helps me understand it better.  Another advantage is that I am not closed to a small market.  Right now I have clients from New York to Toronto to Miami to London.  I am going global and I think that traveling so much, at a young age, and living in different countries has made my going global so much easier.”

It has been a long road from when he was a child of immigrants growing up in New York dreaming of becoming an artist.  As far as he can remember, he has always been in love with the arts and it was at a very young age that he discovered photography.  “My first artistic memory was drawing on my bedroom walls, when I was about two years old.  I also remember asking my mother for a camera at about age five.  She gave me a toy camera for Christmas and I looked it over and requested she gave me a real camera, because that one did not have a flash,” he recalls.

João Carlos also remembers the time he spent by himself growing up in his parents’ busy restaurant.  He said, “I needed to keep myself busy.  So I would spend hours and hours drawing cars.  At the age of five, I wanted to be a car designer, then, at age 12, I wanted to be a comic book illustrator.”

When spending time with his grandmother he recalls, “She always carried a Polaroid camera around, we still have boxes and boxes of pictures from my childhood.  In high school, I either wanted to play in a rock band or become a painter.  Lucky for me I was, and still am, a horrible musician.  I sold my guitar to buy my first camera.  I was about seventeen.  It has been love at first click ever since.”

In Lisbon, he studied fine arts, photography and painting along with sculpture and art history at AR.CO — Centro de Arte e Comunicação — an independent art school dedicated to art experimentation, crafts and visual communication.  Yet, for him true craftsmanship came with practice.  “The best school was working as an assistant to other photographers, like João Palmeiro or Alexander Koch. I worked as an assistant for four years before pursuing a full time career as a photographer,” he said.

As an art photographer, João has distinguished himself for his remarkable skill to work with natural light.  He explains, “My passion for natural light comes, I think, out of necessity.  I have not had an easy career.  So I had to learn quick how to make the most of what I had available to me. 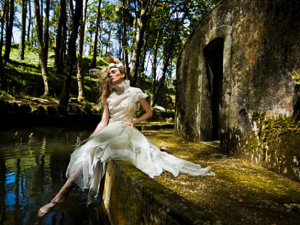 I prefer the best light source -- the sun!

“I never had lots of cash lying around to buy expensive gear and equipment.  What I had the most of, living and working in Portugal, was light.  Now, that I can choose what and how to light my subject, I prefer if possible to use the best light source on the planet — the sun!  There is no better or more beautiful impression on a subject matter then that of the sun at day break or sunset.”

Currently working out of Lisbon and New York, João creates kinematic photographic art compositions from the perspective of a painter capturing the emotions that tell a story.

His art work draws mostly from the Portuguese Medieval, Renascence and Baroque pageantry and imagery inspired by paintings, novels, poetry, fairy tale and lore.  He said, “My heritage is what makes my work so interesting.  It is clearly an influence in my work.  I love everything Baroque and Gothic.  My influence comes not only from my heritage but the country itself.  The landscape inspires me — even Portuguese history.”

As he explained, “For my series of  ‘Love Tragedies,’  beside the classic Romeo and Juliet or Ophelia — I also recreated my version of Pedro and Inez – I chose to take the shoots to Portugal and shoot in the beautiful city of Sintra, even though I am living back in the USA .”

João Carlos’ unconventional art is all and everything.  He is driven by a metaphoric creative force that inspires and transcends.  He is also a poet and story teller that speaks of a beauty that reveals, surprises, engages and delights. 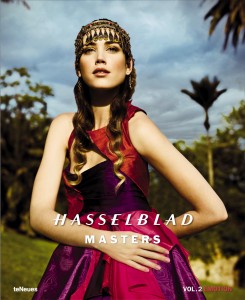 His work has been shown in art galleries around the world in both individual and group exhibits. The Hasselbald Master Award’s winning pictures have been the subject of a worldwide itinerary exhibit underway that includes Hong Kong, New York, London, Amsterdam, Copenhagen, São Paulo, Rio de Janeiro and Bogota. The exhibit is now scheduled for June 1, at Castelo de São Jorge, in Lisbon, where his awarded pictures will be featured in monumental size, on a wall to wall display.  Another exibit is secheduled for June 18, at Galeria da Boa Vista, in Lisbon.  Additional exhibits are being planned in Lisbon in different venues for the upcoming months.

As a Hasselbald Master Award winner, his work is featured in the book  “Hasselblad Masters” (2010) translated in five languages and distributed in 80 countries.  He has also authored and published a book of photography titled  “American Circus in Britain” (2011) documenting the nomad lifestyle of the Uncle Sam’s Great American Circus’ workers and performers during the Fall of 2010, in the town of Ellesmere Port, Northwest Britain.

Yet, according to João Carlos, fame and glamour have done very little for him.  He said, “I got recognition and more visibility but that’s about it.  What it did for me was that it brought up my own standards to a higher level.  Now people probably expect better work and better quality from me, but that’s about it.  Other than that, nothing else has changed.  I don’t have more work because I got the award.  In some ways it may have even hurt me.  People now think that I am a lot more expensive than I really am.  Some won’t think to work with me because they may think I wouldn’t do a certain job because I won’t photograph this or that — because of the award, because of the recognition, because of the visibility of my work.”

Life didn’t become easier either.  As a freelancer photographer, João has been living on month to month for the last fourteen years.  Most recently, six months after he relocated to New York, the world economy crashed.  He said, “Unfortunately the economy crash hurt me pretty much at the time I was starting over.  So, it has been daunting.  When I first headed to New York, I had some quality clients, but since then, about 35 percent have gone under and the rest have lowered their rates.  Everybody has cut down.  It’s tough.  The fact that I don’t have a regular income is very difficult.  It is hard to plan a family; it is hard to invest in a house or to invest in the future.  I want to settle down, but I don’t know where to go.  So, it’s not as Hollywoodish and glamorous as some people may think. ”

Apart from the art exhibits and photography competitions circuit, João makes a living as a commercial and fashion photographer.  He also runs a boutique production house in Lisbon and New York City.

For more about João Carlos and his work visit his website >>

All photos are © João Carlos