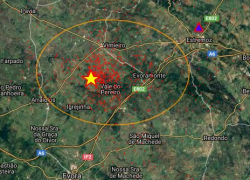 An earthquake magnitude 4.9 Richter scale was reported at 11.51am, local time, on Monday morning, in the Alentejo southern region of Portugal.

The event felt across the country caused no injuries or destruction, the Portuguese Institute of the Sea and Atmosphere (IMPA) has confirmed. 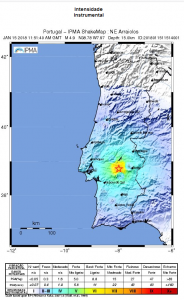 In August 17, 2017 a tremor measuring 4.3 on the Richter scale struck Sobral de Monte Agraco, 26 miles north-west of Lisbon, causing no injuries or damage.

The Alentejo is one of the most active seismic regions of the Portuguese territory, due to its contiguity with the Azores-Gibraltar fault.

The Azores–Gibraltar Transform Fault (AGFZ), also called a fault zone and a fracture zone, is a major seismic fault in the Central Atlantic Ocean west of the Strait of Gibraltar. It is the product of the complex interaction between the African, Eurasian, and Iberian plates.