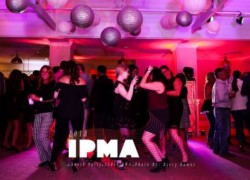 For the uninitiated, the International Portuguese Music Awards (IPMAs) are the only music awards in which anyone of Portuguese ancestry is eligible, regardless of where in the world they reside or whether they are professional or amateur musicians. Also, songs can be sung in any language, which makes for a unique playing field.

Many IPMA nominees are from the East Coast, with multiple winners from local Portuguese communities, but perhaps, the nominee who has traveled the farthest to attend the award show is kizomba singer TZ, who traveled over 7,500 miles from Angola to compete in the New Talent Category at the 2017 award show. Ultimately, the award went to Nikita Afonso, who also traveled a long way, from Vancouver island in Canada.

Here are some numbers: For the 2017 voting season, there were a total of 36 nominees from nine different countries (Angola, Brazil, Canada, Cape Verde, Denmark, France, Portugal, South Africa, and the United States), competing in 13 categories, and the song of the year was “Três Anos,” performed by Louis Simão (Canada), written by Louis Simão and Wagner Petrilli:

[Since the day you said

my heart has been

a pier awaiting your return]

As far as other award show crossovers, the IPMA proudly boasts one Latin Grammy Award winner in their midst. Daniela Mercury, a 2017 IPMA Lifetime Achievement award recipient, also received a Latin Grammy in 2007 for her album Balé Mulato – Ao Vivo.

So far, the artist who has taken home the most IPMAs is Nathalie Pires with a total of five awards (2015: Fado, 2016: Fado, Music Video of the Year, World Music, and Song of the Year). Next in line, are Sarah Pacheco, a four-time IPMA winner and Joey Medeiros who has won three IPMAs to date.

This year a carpet red gala event will take place the night prior (April 20, 2018) at The Cultural Center in Fall River, Massachusetts.

Next year will mark the sixth anniversary for IPMA recognizing outstanding music artists of Luso ancestry.  As Social Media/ PR Director Diane Fontes explains, “There is a great feeling of pride involved, and we have been honored to have prominent artists from the Lusophone world perform for us such as Lucenzo, Boss AC, Pedro Abrunhosa, Roberto Leal,  Olavo Bilac, Daniela Mercury, and world-renowned rock guitarist Nuno Bettencourt.

Q: How does someone get nominated?  Based on record sales? Internal nomination?

A: We will be accepting submissions until November 30th. The full list of details can be found on our website: www.ipmaawards.com

Submissions for nominations are actually done by the artists themselves, with the finalists being announced in February. Factors such as record sales, size of the fan base, or where the artist lives have no impact on decision making, as the focus is solely on the music. 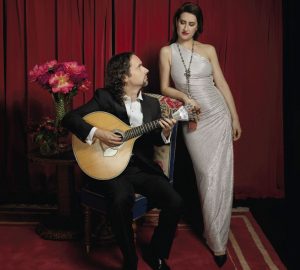 A: The lineup for 2018 includes: David DeMelo (USA): This Luso-American singer has four albums to his credit and has performed in Portuguese communities in several countries; Adi Cudz (Angola): A Kizomba singer, songwriter, and producer who has shared a stage with singers such as Ludacris, Kelly Rowland, and Ciara; Tiago Ribeiro (Portugal): Semifinalist of Portugal’s 2011 edition of Got Talent; Manhattan Camerata (USA): A chamber ensemble known for blending together world and classical music elements; Lisandro Cuxi (France): A singer of Cape Verdean origin who in 2017 won Season 6 of France’s edition of The Voice; Miguel Angelo (Portugal): A singer, songwriter, and television host who spent 25 years as lead singer of the legendary pop-rock band Delfins that in the 90s released one of the best-selling Portuguese albums of all time. His current projects include a solo career in addition to being a member of a music group, Resistência; and Xutos & Pontapés (Portugal): Widely considered Portugal’s top rock band with a career spanning almost 40 years, their songs have become some of the biggest anthems in Portuguese rock history. In addition to performing, there will be a tribute to Xutos & Pontapés as they will be the recipients of the 2018 IPMA Lifetime Achievement Award.

Q:  How are this year’s nominees different than last year?  Have you added new categories?

A: Nominees will be announced in February, with submissions remaining open until November 30th. However, the 2017 IPMA was the first time that artists from Portugal, Azores, and Madeira were eligible for nomination.

2018 does not include any new categories but we are always open to suggestions. Feel free to reach out to our Facebook page or send a message via our contact form on our website: ipmaawards.com/contact

Q: How do you choose the winners?

A: Entries are judged on music performance, production, originality, lyrics, melody, and composition, with a panel of judges selecting the winners. The panel is comprised of music professionals from all over the world.

For the new talent category, artists who do not have a record deal or any professional management representation, the two finalists perform live at the awards show in front of judges who are scattered throughout the audience. Someone could be sitting next to a judge without even realizing it!

There is also the ‘Azores Airlines People’s Choice’ category with the four finalists being selected according to the results from the online voting which takes place on our website starting in March. This is the only category where the public votes.

Q: Who are the judges?

A: The panel of judges consists of music industry professionals from various parts of the world. The members of our panel are confidential and selected by the IPMA producers/organizers. 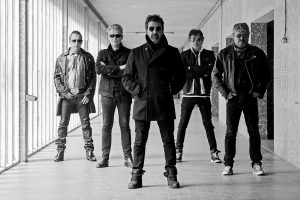 A: The artists who receive the Lifetime Achievement Award and perform at our show always create memorable moments. Additionally, the show sometimes includes unique collaborations between artists who would not otherwise perform together.

In 2017 for example, the rock band FirstBourne was part of the performer lineup, but we surprised viewers with a feature by fado singer Mara Pedro to create an unexpected fusion. We like to keep a few tricks up our sleeve!

Q:  Who designed the statue/award?  Is there a nickname?  Like “Oscar”

A: The trophy is not custom designed, but during the initial years it was referred to as an Escudo Award. Perhaps we might hold a contest in the future to help come up with a new name and a new design?

Q: Will the IPMA awards be televised?

A: The event will be aired on several media outlets including RTP International (RTPi), The Portuguese Channel, XFINITY On-Demand, SIC International, FPTV in Toronto, and via a web stream. The #2017IPMA will air on RTPi in December of this year.

Q: Do you offer a Swag bag?

A: At this time we do not offer swag for audience members, but, as the IPMA continues to grow, it could be a possibility in the future. We do not give swag bags to the nominees, but we do provide access to a private lounge where they can relax and socialize. IPMA sponsors also have access to a VIP lounge.

Tickets are sold directly through the venue’s website or box office. https://zeiterion.org/2018-ipma/

Stay up to date with the latest news:

Millicent Borges Accardi, a Portuguese-American writer has received awards from the National Endowment for the Arts, Fundação Luso-Americana (FLAD). CantoMundo, Fulbright, the Corporation of Yaddo, and California Arts Council.  Her most recent book is Only More So. She curates Kale Soup for the Soul reading series.  On Twitter. find her @TopangaHippie