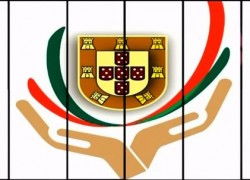 International artists of Portuguese descent are competing at the 2014 International Portuguese Music Awards (IPMA). Nominees in seven categories have been announced. Band Faith of New Bedford leads the pack with three nominations.

The contest received about 400 entries from a dozen countries, including artists from as far as Romania, Venezuela and Sierra Lione. Categories range from dance, hip-hop and rock to world music/fado and Portuguese popular music.

The contest aims to discovering international talent among entertainers of Portuguese, who live outside Portugal and have not previously recorded, signed a record deal with the goal to highlight their talent.

This year, IPMA is honoring Portuguese screen actor Diogo Morgado as “Person of the Year Award” at their “Gala Night” event to be held March 21 at 7 pm at the Cultural Center in Fall River (MA) with live entertainment by fado vocalist José Carlos and IPMA 2013 nominee Michele Ferreira. The event is sold out.

“Come Back” by Band Faith (USA)

Song of the Year:

Nominees will be announced at later date after online voting is complete. The general public can cast their votes before March 15 here.