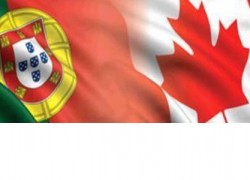 The University of York is hosting the “International Symposium on Identity, Civic Engagement, Multiculturalism and Transnationalism: Portuguese Canadian Immigrant Descendants in Canada,” to be held on October 11-12, in Toronto, Ontario.

Professor Fernando Nunes will be the keynote speaker for the event which will congregate 26 international scholars and researchers.

The topics to be addressed include how Portuguese-Canadian descendants relate to the notions of being Portuguese and Canadian; factors contributing to identity negotiation; multiculturalism, sense of citizenship and civic participation; sense of belonging and civic engagement; and negotiating transnationalism.

The symposium is co-sponsored by the Foreign Affairs and International Trade Canada, the International Council for Canadian Studies, CERIS – The Ontario Metropolis Centre, and the Portuguese Studies Review.

Canadians of Portuguese descent number approximately 1.3% of the total population (or 412,000 people) and comprise one of the largest minority groups in Canada.

The Portuguese-Canadian History Project (PCHP) will be projecting a series of photos, from the upcoming online exhibit, during the Nuno Cristo’s Fado performance at the ‘Identity, Civic Engagement, Multiculturalism and Transnationalism: Portuguese-Canadian
Immigrant Descendants in Canada Symposium’ on Tuesday October 11, 6.30-8.00, at the Senior Common Room, Winters College, Keele Campus, York University.