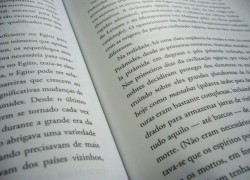 Instituto Camões (IC), based in Lisbon, Portugal, is planning to open a cultural center in Toronto, Canada, reported Lusa News Agency.  The project is being developed in partnership with an anonymous donor, a Luso-Canadian businessman.

According to Ana Paula Ribeiro, coordinator for the teaching of Portuguese in Canada, the future “Centro de Língua e Cultura do Instituto Camões,” will be located in a Portuguese area of Toronto and will include, among other services, a library and Portuguese heritage language school.

Ana Paula Ribeiro, who arrived in Toronto six months ago with the mission to reorganize the teaching of Portuguese in the country, told Lusa that “The creation of this cultural center will be one more step to the affirmation of the presence of the Camões Institute [in Toronto] and an important venue for the promotion of the Portuguese language and culture in North America.”

She said that in Canada there are currently a total of 30 heritage schools that teach Portuguese to 1,500 students. She told Lusa, “Portuguese is a language of the future and our new approach is to make the school available to the entire community, to all those interested in learning Portuguese, Luso-descendants or not.”

After an initial assessment of the current situation, she concluded that there is an urgent need to reform the Portuguese language programs, including teacher education and training, development of materials to teach Portuguese as a second language in the heritage language schools as well as in the Canadian system of public education.

Another plan of action for the coordinator is to network teachers around the mission of “teaching Portuguese as a second language” and to work jointly with the coordinator in the United States to create a “common front” for the promotion and dissemination of the Portuguese language in North America.