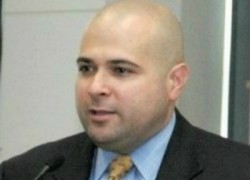 Francisco Semião, Founding Director of the National Organization of Portuguese -Americans (NOPA), addressed a letter of protest to Republican Presidential candidate, Tim Pawlenty, regarding comments he made at the GOP’s New Hampshire debate, held June 13th, which many Portuguese nationals and many Americans of Portuguese descent found to be derogatory and insensitive. 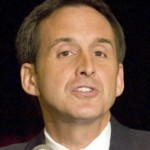 On a brief statement to the Portuguese American Journal, Francisco Semião urged individuals and organizations in the Portuguese community to join the protest by addressing their concerns to Mr. Tim Pawlenty, calling his attention to the role that Portugal has played and continues to play as an historic ally of the United States.  He said, “We have Portuguese Americans who have made significant contributions to the culture, the economy and the political process of this nation. Many are currently in the military or working on behalf of the United States security.”

Referring to Mr. Tim Pawlenty pejorative comments, Francisco  Semião stated, “He should have been more sensitive to the current critical situation in Portugal caught in the global economic crisis which has affected many countries around the world, including the United States.  His remarks also reflect his lack of knowledge regarding the Portuguese speaking world which is interconnected and includes Brazil, Cape Verde, Angola, Mozambique and many other countries and regions, where there is a significant Portuguese presence.”

At the GOP’s New Hampshire debate on June 13th, your comment that “This president is a declinist. He views America as one of equals around the world. We’re not the same as Portugal; we’re not the same as Argentina” has raised some concerns on how you may view our community and the country many of us and our ancestors came from. We, at The National Organization of Portuguese Americans (NOPA), wish to take this opportunity to provide you with information with the purpose of improving your views about Portugal.

While we appreciate the candidate’s views of American exceptionalism, we were disappointed by the derogatory tone and statement made about Portugal. We would like to remind you of the importance of the long-standing relationship between the United States and Portugal dating back to 1791 and Portugal’s contributions and significant standing in the world.

Less than a week before your debate on June 10th, Secretary of State Hillary Clinton, on behalf of President Obama and the people of the United States, was delighted to congratulate the people of Portugal as we celebrated our National Day. She stated how “Portuguese history and culture continues to inspire the people of the United States. Whether through the bravery of Vasco de da Gama, the literary works of Luís de Camões, or the contributions of today’s Portuguese-Americans, Portugal’s presence and influence in America is alive and well.” We at NOPA, and the community we represent, would hope a candidate for the office of President of our Nation would be more aware of the importance the bi-lateral ties between the U.S. and Portugal play for the future and defense of America.