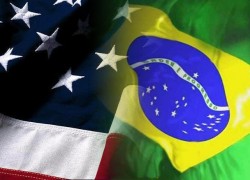 A new decree in immigration policy will restrict US Visas for Brazilian applicants by toughening interviewing requirements, the US Embassy in Brazil has confirmed. The new regulations will take force immediately, starting this week.

Brazilians benefited from certain exemptions to the interview requirement, but a according to the new immigration policy towards Brazil, Brazilians only have up to 12 months following visa expiration to renew their Visas without having to show up for an interview. General interview exemptions will only apply to children under 14 and senior citizens over 79.

Before the policy alteration, Brazilians benefited from certain exemptions to the interview requirement, including renewing a same-category Visa within 48 months following its expiration without having to give interviews. Brazilian children 15 or under and senior citizens over 66 did not have to interview for their Visas.

For the interviews, Brazilians must travel to one of four US consulates located in Brasilia, São Paulo, Rio de Janeiro and Recife.

About 15 percent of Brazilian tourist Visas were rejected last year. Under President Trump’s administration, the number of rejected US Visas for Brazilians are expected to increase.

An estimated 800,000 to 1,000,000 Brazilians live in the United States of which 300,000 live in Florida. In addition, Massachusetts, particularly the Boston metropolitan area, has a sizable Brazilian immigrant population.

Brazilians began immigrating to the United States in the 1980s in large numbers as a result of worsening economic conditions in Brazil. New York City is a leading point of entry for Brazilians entering the United States of which many are undocumented by overstaying their Visas.

In a new  decree signed Friday of last week, President Trump suspended for 90 days the entry of refugees into US territory for travelers from Iran, Iraq, Libya, Somalia, Syria and Yemen.