Ilhas Selvagens: One of the world’s best-preserved ecological treasures – Madeira 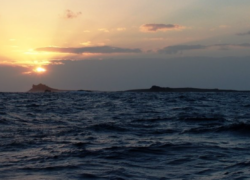 The Ilhas Selvagens Nature Reserve, located south of Madeira archipelago, now extends its total protection status from 95 km2 to 2,677 km2, making it the largest in Europe and the entire North Atlantic, and one of the world’s best-preserved ecological treasures.

Created 50 years ago, and endorsed by a new legal framework, the ecological reserve has the purpose to establishing marine protected areas to allow the ecosystem to recover and renew itself. All species inside the reserve will be fully protected from fishing or other extractive activities.

The Ilhas Selvagens Nature Reserve project is one step towards achieving the goal of the European Biodiversity Strategy, to providing the European Union with 30% of its seas classified as protected areas by the end of the decade. The project has the technical and scientific support from the Oceano Azul Foundation, the National Geographic Society and the Waitt Institute.

The Selvagens Islands, listed in 2017 as a UNESCO World Heritage site, are a small islet archipelago formed in the North Atlantic located midway between Madeira and the Canary Islands. The archipelago comprises two major islands and several islets of varying sizes, divided into two areas: Selvagem Grande and Selvagem Pequena. In 1971 it was designated a natural reserve for its rich wild marine environment.