Hunt goes on: Is the Madeleine McCann case to be shelved? – Update 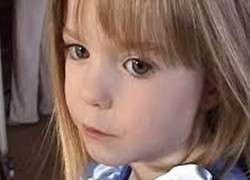 The chairman of the Metropolitan Police Federation, John Tully, is concerned about the Operation Grange investigation into the disappearance of Madeleine McCann but, contrary to press reports, he has not called for the investigation to be closed.

What is in question is the scale of the operation in the light of severe budget cuts and other demands on the Met. But there is no indication that the investigation is to be terminated.

The Daily Star sparked confusion and a flurry of speculation with an “exclusive” under the headline: “Police urged to shelve Maddie hunt as cops needed in UK to battle terrorism.”

The headline inferred it, but the story did not quote Tully or anyone else as saying the investigation should be shelved.

Following up on the Star story the next day, the Daily Mail Online reported that Tully had called for the probe to be axed.

The Leicester Mercury, the regional paper where Kate and Gerry McCann live, did not mince its words either: “A police union boss has called for London officers to give up the search for Madeleine McCann.”

Other papers, both in the UK and Portugal, churned out the latest fabrication in a mystery that has become a deep-rooted international obsession.

Asked by Portugal Newswatch about what he actually said to the press, the federation chairman was adamant:

“At no time did I suggest that operation Grange should be closed.”

What Tully was getting at when speaking with the Daily Star was the wisdom of devoting a team of detectives exclusively to the investigation of a crime that had nothing to do with London.

He said he made his comments “in the light of the force having to save £1.4 billion from the budget.”

He added: “The pressure of work and expectation placed on officers, including the unacceptable situation where other officers are carrying in excess of 30 live investigations, is also an important consideration in these circumstances.”

The Metropolitan Police press bureau confirmed there are currently 31 officers working on Operation Grange and that “their sole investigation is the disappearance of Madeleine McCann.”

For now at least, the search for any scrap of solid evidence goes on. DCI Nicola Wall, who took over as head of Operation Grange at the end of last year, was reported in the UK and Portugal media as visiting Lisbon last week to “strengthen links” and for “detailed discussions” with Portuguese prosecutors.

The Week magazine described the talks as “crucial” and said they were designed to “work out next steps” in the investigation. The magazine went on to quote a statement from Kate and Jerry McCann: “It’s very apparent that the determination of the Metropolitan Police remains steadfast.”

Originally requested by Home Secretary Theresa May with the backing of Prime Minister David Cameron, the Met investigation has been ongoing for almost four years at the reported cost to British taxpayers of £10 million.

There are no indications that the Met are any nearer to solving the mystery. It is not at all clear where the operation is at, or where it is going. All the Met’s press office will say is that “we are not prepared to give a running commentary on this investigation.”

Frustration over the lack of progress is palpable.

The Daily Star accurately quoted Tully as saying it was time to re-focus on what was needed to keep London safe. The Met no longer have the resources to conduct specialist inquiries all over the world, which have nothing to do with London.

“The Met has long been seen as the last resort for investigations others have struggled with elsewhere. But we have made £600m of cuts. We have closed 63 police stations across London. Another £800m of cutbacks are anticipated over the next four years.”

Tully went on to say: “It is surprising to see an inquiry like the McCann investigation ring-fenced. I have heard a few rumblings of discontent about it from lots of sources. When the force is facing a spike in murder investigations it is not surprising there is resentment of significant resources diverted to a case that has no apparent connection with London.”

Officers in London are said to be “bemused” why they are working round-the-clock solving murders and fighting the threat from Islamic State-inspired jihadists while the Operation Grange detectives are barred from helping.

Meanwhile, to the bemusement of many people in Portugal and almost eight years after she went missing, the search for Madeleine goes on.