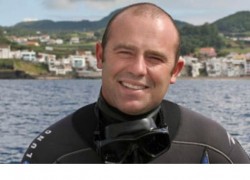 Marine life photographer, Nuno Sá, is the winner of the  ‘Underwater Photographer of The Year 2015’ by London based UPY, an international photographic competition aiming to celebrate excellence in all disciplines of underwater photography.

The winners were selected by panel the judges, Alex Mustard, Martin Edge and Peter Rowlands, going through 2,500 entries from 40 countries. Nuno Sá won the first prize for a photo he titled “50 Tons of Me”.

According to the competition organizers, “The quantity and particularly the quality of the images entered left us all astounded. It was a privilege to be part of something so special. Heart-warming to see the competitions so enthusiastically embraced by the community, heartbreaking at times when we just couldn’t squeeze some truly amazing images into the winners circle.” 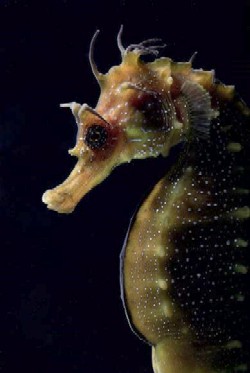 Nuno Sá, 38, was born to Portuguese parents in Montreal, Canada. At eleven years old he returned with his family to mainland Portugal where he was educated. After graduating in 2001 with a law degree, he settled in the Azores to pursue a career in marine life photography.

The recipient on many international awards, he was also awarded in the 2015 ‘Our World Underwater Competition’, an international underwater photography and video contest known as the “Superbowl” of underwater imaging events.

In 2013 he was the winner of the ‘Nature’s Best Photography’ by the Windland Smith Rice International Awards in partnership with the Smithsonian’s National Museum of Natural History. In the same year Nuno de Sá made the cover of the March/ April issue of Scuba Diving Magazine 20th Anniversary with a stunning blue shark picture taken underwater in the Azores, one of his favorite subjects.

He was also the winner of the ‘2011 Epson Underwater Grand Prix – World Shootout Award’ considered the international underwater photography Olympics, comprising of 1,556 pictures submitted by 226 photographers from 27 countries.

Nuno Sá is listed as one of the Wild Wonders of Europe’s team of top European nature photographers, the world’s largest nature photography project sponsored by the National Geographic Society. In 2010, he founded the ‘Atlantic Ridge Productions’ the first Portuguese professional producer of underwater photography. The author of six books and many articles published in national and international magazines, including National Geographic Portugal, he is the co-author of the Azores Diving Guide, Portugal’s first published diving guide.