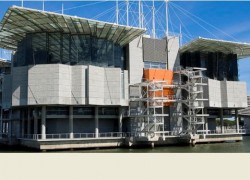 The Lisbon Oceanarium was considered the best in the world by Trip Advisor website users. More than 28,000 visitors affiliated with the travel website rated their opinion as an “excellent” experience.

The oceanarium, located in the Parque das Nações, is the largest indoor aquarium in Europe and one of the most visited attractions in Lisbon. The facility holds the largest collection of marine species, including more than 16,000 sea creatures representing 450 species. 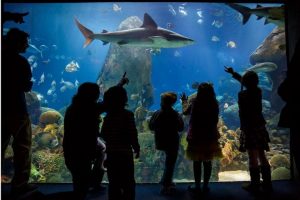 The main aquarium, with five million liters of salt water, simulates the pure ocean and is the main attraction, with sharks, moonfish and many other species swimming in freedom.

Visited by approximately 1 million people every year, the Lisbon Oceanarium is one of the few aquariums in the world to house a sunfish, because of their unique and demanding requirements for care.

Opened in 1998, the Lisbon Oceanarium is a large public aquarium whose prestige is widely recognized, not only in Lisbon and Portugal, but also across the world. It offers a series of educational programs focused on ocean literacy. Its mission is “To encourage people to learn more about the oceans and make all citizens aware of their duty to conserve their natural heritage, by changing their behaviour.”