Honor: Álvaro Siza Vieira recipient of the ‘Building of the Year Award’ – ArchDaily.com 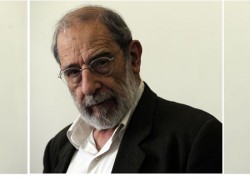 Portuguese architect, Álvaro Siza Vieira, is the winner of the 2015 ‘Building of the Year Award’ – Office Category – by prestigious ArchDaily.com.

Siza was awarded for the  ‘The Building on the Water’ project located in Huai’na, Jiangsu Province (China), the ArchDaily reported. The project was designed together with Portuguese architect Carlos Castanheira for the company Shihlien Chemical Industrial Jiangsu Co.

A reference for architecture and design, Siza Vieira, 81, is one of the most renowned Portuguese architects and one of the great living figures of contemporary world architecture. His architecture work is present globally in places such as residential buildings in Maastrich and New Orleans (USA); Argentina (Southern Municipal District Center, Rosario); UK (Serpentine Gallery, Hyde Park, London); Brazil (Iberê Camargo Foundation, Porto Alegre); Cape Verde (heritage of Old Village, Santiago) and Spain (Contemporary Art Centre, Santiago de Compostela), among many other across the globe.

Álvaro Siza Vieira was born in 1933, in Matosinhos, mainland Portugal. He began his professional life in 1955, after graduating in the Fine Arts School of Porto. His artistic talent was more rapidly recognized abroad than in Portugal, especially through the assignment of works such as the restoration of the Jewish neighborhood in Venice and of the Kreuzberg neighborhood in Berlin. He was awarded many prizes: in 1988 by the foundations Alvar Aalto and Mies van der Rohe; in 1992 the Pritzker by the Foundation Hyatt from Chicago; in Portugal, the Secil Award for Architecture in 1996 and 2000, for the restoration of the Castro e Melo building in the Chiado area and for the project of the Information Sciences Faculty in Santiago de Compostela; the Golden Lion of the Venice Biennial for best project of the International Exhibition in 2002 and the Golden Lion for Lifetime Achievement in 2012; in 2002 the Arts International Medal by the Madrid Regional Government for the revitalization of the city center, among many others.

Established in 2008, ArchDaily.com, one of the most visited architecture websites worldwide, is a source of continuous information for a growing community of thousands of architects. Its mission is to improve the quality of urban life by providing inspiration, knowledge and tools to the architects. Each year, ArchDaily.com organizes the ‘Building of the Year Awards’ whose winners are chosen by a vote of the 60,000 architects who are members of the site.