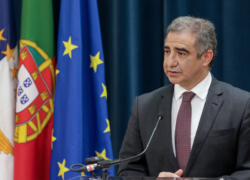 The President of the Government of the Azores, José Manuel Bolieiro, is the guest of honor at the celebration of the 34th Holy Ghost Festival of New England, taking place August 24 to 29.

António Maló de Abreu, member of the Portuguese Parliament and José Andrade, Regional Director for Communities, will be also attending as guests.

Established in Fall River in 1986, through the initiative of its founder Heitor Sousa, and held every year on the last weekend of August, the festival, which had a two-year interruption due to the Covid-19 pandemic, has become one of the largest ethnic festivals in New England, and the largest Portuguese religious celebration in the United States.

Thousands of people, from all over the United States and abroad, are expected to come to Kennedy Park, over the weekend to celebrate the religious tradition and enjoy Portuguese marching bands, food, including the famous Azorean sweet bread and malassadas, live music and entertainment. Admission is free.

According to the organization committee, this year the festivities will kick off on Wednesday, August 24, with the traditional blessing and serving of Sopas a freshly made Holy Ghost soup. The official opening is scheduled for Thursday 25, at approximately 5:00 to 6:00 p.m.

The religious celebration includes a Solemn Coronation Mass at the Cathedral of Santa Maria, on Sunday, at 12:00, presided by Bishop Edgar Moreira da Cunha, Bishop of Fall River, followed by the coronation procession departing from the Santa Maria Cathedral at 2 :00 pm. 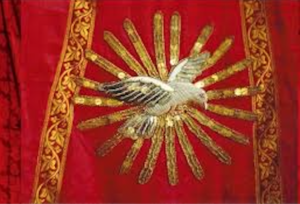 The Holy Ghost Festival is an old tradition celebrated in the nine islands of the Azores and by all the Azorean communities around the world. The tradition is based on the celebration of Pentecost, observed by the Catholic and Protestant churches, which marks the establishment of the Christian era.

In Portugal the tradition originated in the 14th Century by Queen Saint Isabel of Portugal (1271-1336). She was canonized a Catholic saint in 1625, by Pope Urban VIII. Her feast day is July 8. She is celebrated  as a peacemaker and for her devotion to the poor. She established orphanages and provided shelter for the homeless.