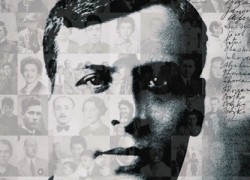 The film, Disobedience: The Sousa Mendes Story, will inaugurate the Mayim Jewish Film Series of the JCC on the Hudson White Plains (NY), on October 10, at 7:30pm, whose theme this year is tales of Holocaust rescue.

The film, directed by Joel Santoni and starring Bernard Lecoq as Aristides de Sousa Mendes, will be introduced by Rabbi Barry Kenter of the Greenburgh Hebrew Center and Dr. Della Peretti and Dr. Paul Freudman of the Sousa Mendes Foundation, whose own families were rescued by this hero.

The event will be held at the Woodlands Community Temple, 50 Worthington Road, White Plains, NY. This film tells the true story of Aristides de Sousa Mendes, the Portuguese Consul General stationed in Bordeaux, France, during World War II. Tickets are $10 and may be purchased at the door.

The operation has been described by the Holocaust scholar Yehuda Bauer as “perhaps the largest rescue action by a single individual during the Holocaust.”

Founded in 2010, the Sousa Mendes Foundation is dedicated to honoring the memory of Aristides de Sousa Mendes and to educating the world about his good work. It has a twofold mission: raising funds for the creation of a Sousa Mendes Museum and Human Rights Center in Portugal, and sponsoring US-based projects that perpetuate the legacy of Aristides de Sousa Mendes. The Foundation’s major current initiative is a Visa Recipient Database Project, for which it is seeking to identify, locate and contact families worldwide who were rescued by this hero. Read more >>