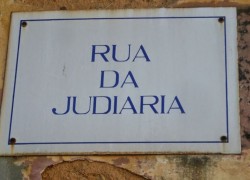 A museum dedicated to the history of Judaism in Portugal (Museu Judáico de Lisboa) will open in Lisbon in 2017. Lisbon is the only major European capital without a Jewish museum.

According to an ordinance from the city town hall, the new museum will be established in São Miguel Square, in Alfama, Lisbon’s oldest quarter, which was home the largest Jewish community in Medieval Portugal.

The museum, which will illustrate the relevance of the Jewish contribution to the history of Lisbon and their role to history in Portugal, will become a national and international reference to the Jewish presence in the country throughout the centuries.

The initiative to create the Museu Judáico de Lisboa follows the establishment of recent legislation which grants Portuguese nationality to descendants Sephardic Jews.

Applications to obtain Portuguese nationality went into effect in March, 2015. Many of those applying for Portuguese passports are Jews originating from Turkey, Venezuela, Morocco and Israel.

During the Inquisition period, hundreds of thousands of Jews were persecuted and expelled from Portugal in the 15th and 16th centuries. During that period, many remained in the country after forced conversion to Christianity. Only about 1,000 Jews live in Portugal today.