Heritage: II International Conference on the Future of the Portuguese Language – Lisbon, PT 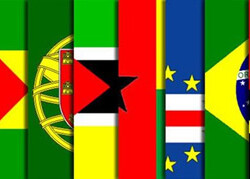 The II International Conference on the Future of the Portuguese Language is taking place, from October 29 to November 1, in the University of Lisbon.

The conference will endorse the Plano de Ação de Lisboa [Lisbon Action Plan], a document offering recommendations on the future of the Portuguese language as a global language for scientific development, innovation, entrepreneurship, business and international organizations and as a language of communication and cooperation among the CPLP Member States.

According to estimates by UNESCO, Portuguese and Spanish are the fastest-growing European languages after English and the language has the highest potential for growth as international languages in Southern Africa and South America.