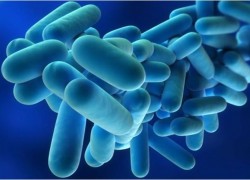 New cases of Legionnaires disease are emerging in Portugal after an outbreak was detected Friday. On Monday at least 160 cases of the disease had been detected with four people reported dead and 29 reported in critical condition and in intensive care at various hospitals.

The outbreak started in Vila Franca de Xira, a town in the outskirts of Lisbon, the capital.  The source of the outbreak is still unknown and was described by the Portuguese heath authorities as being “unexpected and very unusual.”

Legionnaires disease is caused by Legionella a waterborne bacterium that infects humans when infested water droplets are inhaled into the lungs. The condition, a type of pneumonia, causes headache, fever, body aches and occasionally abdominal pain and diarrhea.

Legionella can grow in water sources such as in showers, cooling towers, refrigeration, air conditioning systems or similar systems in public spaces or buildings. It can be transmitted through breathing mist from water containing the bacterium and it is not transmitted directly from person to person.

The Portuguese Ministry of Heath has cautioned that the number of cases is on the rise, advising the population to avoid showers and jacuzzis and to immerse shower-heads in bleach for 30 minutes at least once a week.

According to Portuguese epidemiologists, Legionella bacterium has an incubation period of around two weeks and it is likely that more people will show symptoms.

The illness is named after a 1976 outbreak at an American Legion convention in Philadelphia, USA.