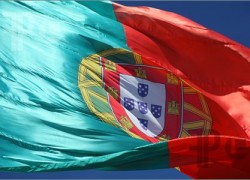 Portugal has entered the Guinness Book of World Records with the largest clothes line, an initiative that enabled more than 100,000 pieces of clothing to be collected through donations in six weeks, which will be given to more than 20,000 needy people, The Portugal News reported.

A representative from the Guinness Book of World Records was in Portugal last week to award a certificate for the world’s largest donation of clothes.

In six weeks, a total 101,240 pieces of clothing were donated that will be sent to more than 100 charity institutions to be handed out to more than 20,000 needy people, according to a joint statement from the company Multi Mall Management that manages 12 shopping centers in Portugal and the Entreajuda charity, which organized the initiative.

António Matias Lopes from Multi Mall Management Portugal said that he was “satisfied” with the charity campaign and that “aside from helping thousands of people, it promotes unity and cooperation within the country.”

Helena André from Entreajuda said that “this gesture will allow many needy families to save the part of their allowance that would be spent on clothing and instead use it for more basic needs like food, healthcare and education, among others.”

The previous record for the most clothes donated was held by the US in 2009 with the donation of 33,088 pieces.

Via  The Portugal News