Guimarães: Final celebrations for the European Capital of Culture 2012 – Portugal 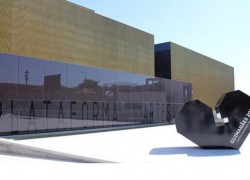 Final celebrations of Guimarães European Capital of Culture 2012 are underway involving a 48-hour long party through 8pm Sunday.  A city of 163,000 inhabitants, Guimarães is also celebrating its 11th year as a UNESCO World Heritage Site.

Over the course of the year, the ancient Portuguese city of Guimarães was the official site of the 2012 European Capital of Culture. The European Commission started naming capitals of culture since 1985. Lisbon and Porto have already hosted the title.

According to João Serra, president of the Guimarães Foundation, there were no doubts that “Europe had felt Guimarães.” Serra said this had been a two-way interchange with Guimarães deploying “European resources of great quality and productive capacity both improving the city and its position within international networks.”

With the slogan “Well, we’re staying…”  Portugal’s founding city will symbolically hand on the honor to the next Capitals of Culture, Marseille in France and Kosice in Slovakia.

Guimarães has just been named European City of Sport 2013. In agreement with ACES Europe, the city will organize 30 sporting events during 2013.

Gian Francesco Lupatelli, ACES President, presided over the presentation of the application focusing on the organization of the Portuguese city and the quality of infrastructure to serve its citizens.