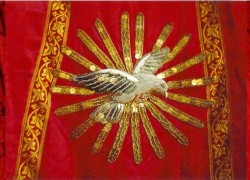 The Portuguese American community of Fall River (MA) is celebrating the 32st Holy Ghost Festival of New England, underway this weekend through August 29.

The mayor of Ponta Delgada, Azores, José Manuel Bolieiro, is the guest of honor of the five-day festivities.

Highlights of the visit include a ceremony marking the 40th anniversary of the twin-sisters protocol between the cities of Ponta Delgada and Fall River; a meeting with to Fall River Mayor Jasiel Correia at the City Hall of Fall River; a reception hosted by the mayor of Ponta Delgada in honor local and state officials, community leaders and media from Massachusetts and Rhode Island; meetings with representatives of The Portuguese-American Leadership Council of the United States (PALCUS); Radio Voice of the Emigrant; meeting with Comissão das Grandes Festas do Divino Espírito Santo da Nova Inglaterra; a visit to Casa Dos Açores  of New England; a visit to Bridgewater State University; and a meeting with Massachusetts State Senator Michael Rodrigues. 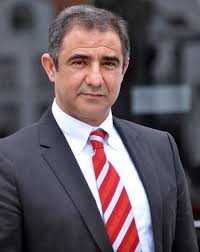 On Friday, José Manuel Bolieiro presides over the opening of the photographic exhibition “Ponta Delgada in Fall River: 40 years of Twin-Sisters (1978-2018)”at Kennedy Park. This exhibit includes 14 panels with 140 photographs, featuring the 24 parishes of the municipality of Ponta Delgada.

During the weekend, the mayor of Ponta Delgada participates as the guest of honor at the religious ceremonies, namely the blessing and distribution of food (pensions) on Friday; the ethnographic exhibition on Saturday; the solemn Mass and the procession of the Holy Ghost coronation on Sunday; and the celebrations closing reception on Monday.

Over 100,000 people, from all over the United States and abroad, are expected to come to Kennedy Park, over the weekend to enjoy Portuguese marching bands,food, including the famous Azorean sweet bread and malassadas. The festival also features folk dance, bazaars, live music and entertainment. Admission is free.

The Holy Ghost Festival is an old tradition celebrated by all the Azorean communities around the world. The tradition is based on the celebration of Pentecost, observed by the Catholic and Protestant churches, which marks the establishment of the Christian era.

In Portugal the tradition originated in the 14th Century by Queen Saint Isabel of Portugal (1271-1336). She was canonized a Catholic saint in 1625, by Pope Urban VIII. Her feast day is July 8. She is celebrated for her work as a peacemaker and her devotion to the poor. She established orphanages and provided shelter for the homeless.

Fall River (MA), with a total population of 95,072, is home to the largest Portuguese American community (43.9%) in the United States, many claiming Azorean origin, mostly from São Miguel Island