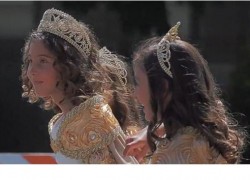 The event opens Saturday morning with the traditional “bodo de leite” event. The Holy Ghost parade will take place on Sunday, on South Main Street, with the participation of over one hundred Holy Ghost guilds and about 20 marching bands. On Monday, August 27, the festival ends with a festive banquet.

About 150,000 people, from all over the United States and abroad, are expected to gather at Kennedy Park, over the weekend to enjoy Portuguese food, including the famous Azorean sweet bread and “malassadas.” The festival also features folk dance, bazaars, live music and entertainment. Admission is free.

Carlos César, outgoing President of the Regional Government the Azores, will be the guest of honor. César, who has presided to the Azorean government for the last 16 years, is not a candidate in the upcoming regional elections to be held October 14. 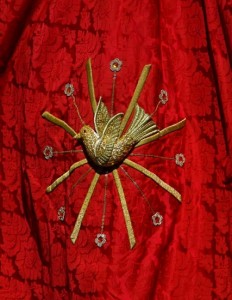 The Festival is also celebrated by all the Azorean communities around the world. The tradition is based on the celebration of Pentecost, observed by the Catholic and Protestant churches, which marks the establishment of the Christian era.

The Holy Ghost festival originated in the 14th Century by Queen Saint Isabel of Portugal (1271-1336). She was canonized a Catholic saint in 1625, by Pope Urban VIII. Her feast day is July 8. She is celebrated for her work as a peacemaker and her devotion to the poor. She established orphanages and provided shelter for the homeless.

Fall River (MA), with a total population of 95,072, is home to the largest Portuguese American community (43.9%) in the United States, many claiming  Azorean origin, mostly from São Miguel Island.