Gordon: Waiting for the storm in the dark of the night – Azores 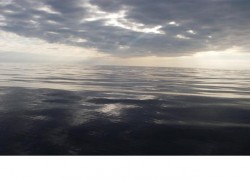 Waiting is one of the least considered events concerning a hurricane. In the dark of night in the early hours of Monday morning, Hurricane Gordon tore through the islands of São Miguel and Santa Maria, in the Azores, in a few short hours.

After a day of intensive preparations on land as well as sea, the nerve-wracking wait sets in. Boarding windows, hauling boats ashore, securing objects from becoming missiles (thus saving your neighbors window from contact with your garden tools and lawn chairs) often begets exhaustion as well as mounting tension. It is the waiting that really starts to take its toll.

From the moment people finally sit down, feeling as secure as you hope you shall be, the sun occasionally breaks through the clouds. There is no wind. A drop of rain and a gusty breeze for a moment, and then again, nothing.This repeats and repeats. For hours.

The alerts raised by the media start repeating themselves as well. You look out your window. Nothing. You open your windows because the air inside your house is like a furnace….You try not to keep looking out the window every time a few drops of rain fall or the leaves start to stir in the trees. You are now more exhausted than before. Waiting is an activity. An exhausting activity.

Much of the population of the São Miguel and Santa Maria went to sleep after such a tense couple of days, only to be awoken by the wailing of the storm. Some just slept through it and awoke this morning thinking that “not much happened.”

The morning daylight is like that of any other day” said Miguel Tavares of São Miguel, as he headed for work after weeks of vacation that ended with inclement weather and Gordon as “the cherry on the cake of bad weather events.”

There appears to be isolated areas on Santa Maria of more widespread damage. The center of the storm, recognized by a calm “eye” of calm winds moved directly across Santa Maria. This occurrence is preceded by rising winds that become sustained destructive speeds before the sudden calm that marks the passing of the center.

After the eye of the storm moves on, winds switch direction and race back into the storm center at destructive speeds again, gradually decreasing as the system pulls away.

On São Miguel the winds were blowing from the opposite direction to those of Santa Maria as the island was north of the eye and the wind was being drawn into the circulation. The areas more exposed to the onshore wind and those of height registered the highest wind speeds, especially as the storm pulled away and the wind began rushing even faster into vacuum of low pressure of the retreating storm.

“There are considerable losses in the agricultural sector in the two islands” revealed Carlos César, Regional President. Early reports indicate no major damage to infrastructure.”

Pedro Carvalho, president of the Regional Civil Protection and Fire Service, attributed this fact to the elaborate precautions taken before the onslaught of the storm and the attention paid to all the warnings and alert system raised by his agency. “People took this storm very seriously” he reported. “The landscape appears to have suffered the most. The greater losses are in the agricultural and horticultural areas. Some vineyards are reporting heavy damage and the loss of corn is substantial,” he said.

As early reports filter in, it is cautionary to reserve making statements about the overall effect as the more rural areas and individual reports of damage will gradually become clearer. This hurricane appears to have been more serious in effect than the previous hurricane of 2006. However, a shining sun and a better weather forecast are appreciated by a vigilant and storm-weary population.

(*) Sarah Bishop-Valentine  is a writer, and an accomplished musician-composer who spends much of her time in southern New England in the United States, after many years living in the southern and western United Kingdom and the Channel Islands. She surrounds herself with many loving Portuguese friends and adamantly believes Portugal is the greatest country in the world.