Gordon: Hurricane expected to hit the Azores hard over the weekend – Category 1 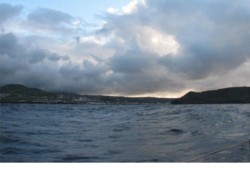 Centered about 1,925 miles (1,925 kilometers) west of the Azores, Gordon became a hurricane Friday.

The seventh named storm of the season, Gordon will bring wind and rain to the Azores islands located 970 miles west of Lisbon, Portugal.

The storm, which had weakened slightly early Friday,  is expected to approach the Azores late Sunday though Monday of next week. Gordon is expected to affect mostly the islands of São Miguel and Santa Maria.

Formed as a tropical storm early in the week, at about 640 miles east of Bermuda, Gordon was moving east away from the United States on Friday, into the Atlantic towards the Azores,  the U.S. National Hurricane Center said.

Sustaining maximum winds of to near 65 mph (100 kph) early Friday, Gordon is expected to become a Category 1 hurricane over the weekend before reaching cooler waters.

A tropical storm with winds of 39-73 mph, becomes a hurricane when its winds near the center reach 74 mph. The storm surge is generally 4-5 feet above normal.

Category-1 hurricanes can cause significant damage, such as uprooting mature trees, ripping off roof tiles and toppling small structures. 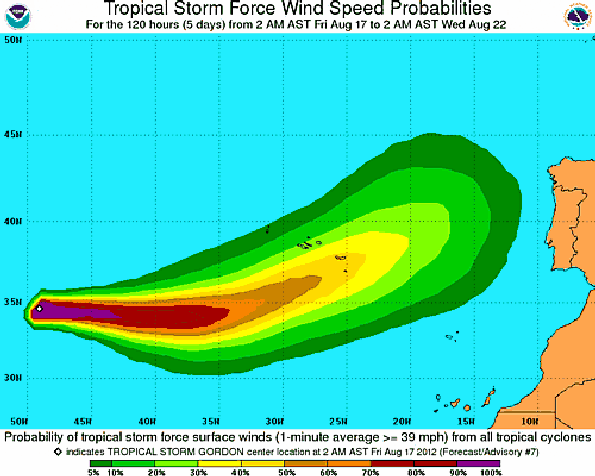 There are five categories on the hurricane scale, which are distinguished by wind speed. A Category-1 hurricane reaches the maximum wind speed of 96 mph. While in a category-5, the wind speed is above 156. Hurricanes of category-3 and above are known as major hurricanes or supertyphoons.

August and September are usually the most active months of the Atlantic-Caribbean hurricane season, which runs from June 1 to November 30. Read more >>