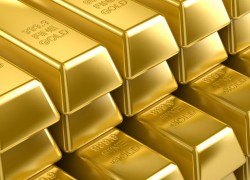 Gold mines in Portugal could produce more than 280 million-euros ($402.5 million USD) over the next ten years, it was reported.

Colt Resources Inc. reported : “The company is currently planning an aggressive exploration campaign on Montemor to start later this year, by which time Colt is expecting to have received authorization for its exploration concession application from the government.”

An additional gold exploration site will re-open soon in Vila Pouca de Aguiar, a gold mine closed since 1992, under a different concession.

According to João Carlos Sousa, a Colt Resources representative in Portugal, the gold deposit sites were known for a long time.

Portugal holds 382.5 tons of gold, worth an estimated US$20.7 billion, one of the largest gold reserves in the European Union and the 13th highest in the world.