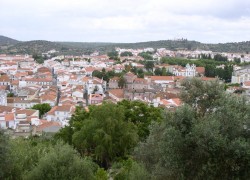 The sites for the project are located at Nossa Senhora da Boa-Fé and Santiago do Escoural (Montemor-o-Novo) near Évora city.

The announcement was made in Parliament last week by Portuguese Minister of Economy and Employment Álvaro Santos Pereira.

He said the initiate was a joint venture involving Colt Resources and Australian based Iberian Resources and that a 3 million- euro investment was projected.

According to Colt Resources , “The initial campaign will include some 20,000 meters of drilling, trenching, surface mapping and geophysical test work designed to confirm and increase historical resources identified by previous exploration companies.”

Portugal holds 382.5 tons of gold reserves, worth an estimated US$20.7 billion, one of the largest gold reserves in the European Union and the 13th highest in the world.