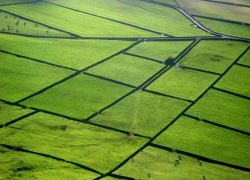 The Regional Government of the Azores and environmental organizations condemned what they termed U.S. “interference” lobbying against plans to ban the use of genetically modified organisms (GMO) on the archipelago.

A government official in Ponta Delgada, the capital, told LUSA on Thursday, that a recent letter from U.S. Ambassador Allan Katz, pressing Azores’ officials, was “inappropriate.”

“The observations of the U.S. ambassador, which have been made public, are inappropriate as they exceed the functions of a diplomatic representative and they will not be observed by the Regional Government,” said the official.

In the “next few days,” he added, the islands’ Legislature would approve the application of an EU ban on the use of GMO seeds or other organisms for any purpose other than “scientific research or technological development.”

It condemned “this official lobby in favor of the private interests of some American companies” and urged the Azores to “advance immediately” to declare the mid-Atlantic archipelago a GMO “free zone.”

The U.S’ ambassador wrote to the Azores government, in late December, expressing his “great concern” over Ponta Delgada’s plans, urging the regional administration to back away from banning the use of GMOs in agriculture.

Last December, the Regional Government of the Azores had declared the archipelago a Genetically Modified Organism (GMO) free zone.

New legislation “prohibits the cultivation, sowing and planting, by any method or technique, of genetically modified organisms, except for the production or introduction with scientific research or technological development purposes with relevant public interest.”

The legislation to be submitted to the Azorean parliament “adopts a precautionary position clearly and aims to ensure the unity and transparency of internal market and food security, reducing the environmental and economic risks of using genetically modified organisms.”

The regulation will permit exceptions for scientific research and technological development that are clearly in the public’s interest.