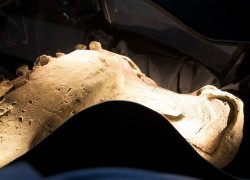 According to the Annals of the Brazilian Academy of Sciences a long-necked, plant-eating sauropod –  discovered in Angola in 2005 – is believed to be one of the largest creatures ever to have walked the earth.