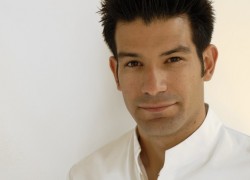 Best New Chefs are chosen after a months-long selection process. The magazine works with restaurant critics, food writers and other trusted experts around the country to identify outstanding chefs who have been in charge of a kitchen for five years or fewer. Then the editors travel incognito to taste the food themselves.

The 2011 winners will be featured in the July issue of Food & Wine and will also attend the 29th Annual Food & Wine Classic in Aspen on June 17 to 19.

Currently Chef George Mendes, is one of the Chefs competing for the title of Top Chefs Masters at BRAVO television network third season premiered April 6.

Portuguese-American Chef George Mendes, owner of the restaurant Aldea in Manhattan, was the Chef of the Year 2010. Read more>>