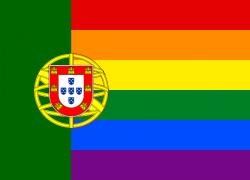 Introduced by the small Left Bloc and Green parties, the bills were supported by the ruling center-right Social Democratic party and Popular party and by the progressive Socialist party. The Communist party was fully united behind the no vote.

The Portuguese parliament had approved the right to same-sex marriages in 2010, but without adoption rights. The law, allowing same-sex marriage, gives gay couples the same rights as married heterosexual couples, including taxes, inheritance and housing, but does not offer the right to adopt children.

Portugal is among the first 10 counties in the world to allow same-sex marriage. As recently as 1982 homosexuality was a crime in Portugal.

Today, Portugal has wide-ranging anti-discrimination laws and is one of the few countries in the world to contain a ban on discrimination based on sexual orientation in its Constitution.

The first same-sex marriages in the world took place in the Netherlands on April 1, 2001. The countries that followed were Belgium, Spain, Canada, South Africa, Norway, Sweden, Portugal, Iceland, Argentina and Brazil.

Countries where gay adoption is legal include Guam, Andorra, Belgium, Iceland, the Netherlands, Norway, Sweden, South Africa, Spain, the United Kingdom. It is also legal in some parts of Australia, Canada, and the United States.