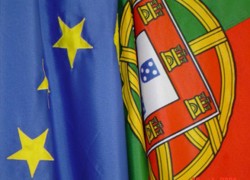 According to the FT, Portugal needs a new financial rescue package and it would be better to “act quickly” and ask for it now, “and scotch any fears of imminent private sector involvement” and that European leaders must decide right away about a second bailout package for Portugal as a return to the markets in 2013.

The FT concludes that this  “could be an opportunity for eurozone leaders to get ahead of events“, extending the bailout package to curb fears of a private sector involvement in the bailout, which could mean debt writedowns of around 50%, according to recent calculations of the German Institute for World Economics of Kiel.

The British newspaper points out that Portugal is facing several headwinds including being cut off from investment grade by the three biggest rating agencies Fitch, Moody’s and Standard & Poor’s.

The country’s biggest problem, writes the FT, “is the one which has dogged Portugal all along: concerns that lack of growth and weak competitiveness will make its debt burden – over 105 per cent of gross domestic product and rising – unsustainable.”

Earlier in the month, rating agency Standard & Poor’s became the latest to downgrade Portugal to “junk status” triggering worries that Portugal could, like Greece, be at risk of a default.

Prime Minister Passos Coelho reaffirmed Monday at the end of the EU summit in Brussels that Lisbon would meet its bailout targets without recourse to more funds or an extension of the three-year timetable.

The country’s previous Socialist government negotiated an 78 billion-euro financial rescue program with the EU and the IMF last May.