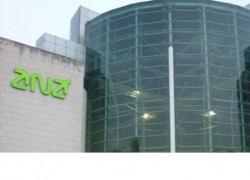 The government’s decision was unveiled following a cabinet meeting, just a week after Portugal turned down the only bidder for state-owned airline TAP-Air Portugal.

Vinci, the largest construction company in Europe by revenue, submitted the highest offer worth 3.8 billion euros ($5.0 billionUSD).  Vinci will have to pay €100m to sign the concession contract which will last for a period of 50 years.

The deal will help Portugal meet the terms of a 2011 multi-million Euro (€78 billion/$102 billion) bailout package from the IMF and EU. The sale of the airport concession is expected to bring Portugal’s deficit down to 5% of Gross Domestic Product (GDP).

Vinci is already one of two main shareholders in Lusoponte that operates Lisbon’s two bridges over the Tagus, including the Vasco da Gama newest and longest bridge in Europe.