For sale: Foreign buyers account for 14% of property transactions in 1st quarter – Portugal 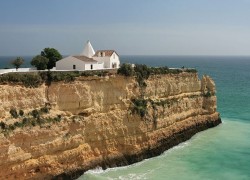 An estimated 3,500 foreign citizens invested in property in Portugal in the first quarter of the year, representing some 14% of the total value of market transactions in this period, according to APEMIP, the Portuguese real estate agents’ association.

The APEMIP figures released on Wednesday revealed that UK citizens represent 25% of the total, with the Chinese and French accounting for 16% each.

According to APEMIP president, Luís Lima, the figures show that “the new fiscal regime for non-habitual residents has attracted a large number of investors.”

Under these rules, which were introduced in 2009, Portugal offers tax exemptions to pensioners coming to live in Portugal, as long as their pensions are paid from a foreign source. It also offers a low 20 percent flat income tax rate to foreigners living in Portugal for up to 10 years.

In addition, the “Golden Visas” scheme granting residency to foreigners who invest at least Euro600,000 in Portugal has been also successful. Since the program began in 2012, Lima noted that it is European Union citizens who are coming to Portugal in the greatest numbers.

APEMIP projects that foreign investment  in property in Portugal will  total between Euro1.5 billion and Euro2 billion this year while the Golden Visas” program has generated over Euro440 million.