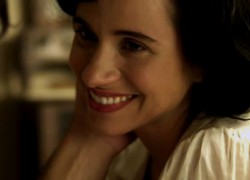 The film Florbela (2012), written and directed by Vicente Alves do Ó, will represent Portugal in the XVIII Edition of the Boston Ibero-American Film Festival. The screening of Florbela will take place on October 10, at 6 pm, at Boston University’s College of Communication.

In Portuguese with English subtitles, the feature is based on the life of the Portuguese poet Florbela Espanca (1894-1930), whose writings became symbols of love, eroticism and feminism. The film tells her life at 30 years old, in 1925, after her marriage to Mário Lage, her third husband. Considered by many “a woman ahead of her time,”  Espanca’s work was recognized posthumously.

The XVIII Ibero-American Film Festival is an annual showcase of contemporary films from several countries in Latin America and the Iberian Peninsula. This year the festival will screen 11 movies from 11 countries. Its mission is to provide a venue for the discovery through art of the social values and the cultural identity of the regions and countries represented. It also allows all audiences to appreciate the diversity and complexity that characterize Latin American and Iberian cinema, through the work of some of its most acclaimed filmmakers.

The festival is free and open to the public. All movies are presented at Boston University’s College of Communication, 640 Commonwealth Ave. The nearest T stops are Boston University East and Blanford Street on the Green B line.