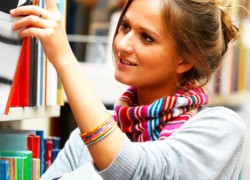 Lisbon-based Luso American Development Foundation (FLAD) has announced the creation of the Portuguese language learning project “Reading in Portuguese” [Ler em Português] which objective is to support the teaching and learning of Portuguese at the high school level in public and private schools  the United States.

The teams are encouraged to submit their materials for a contest. Materials can be submitted in multiple media, including text, image, video and audio. The deadline for submission is May 15, 2012.