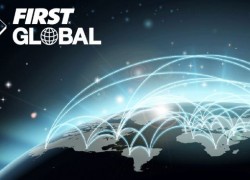 A team of Portuguese high school students will travel from Portugal to participate in the inaugural International Robot Olympics to be hosted in Washington, DC, at Constitution Hall, July 16-18, to compete in the FIRST Global Challenge.

Contestants from 160 countries will build robots revolving around access to clean water. The goal is to show the leaders of tomorrow that by communicating, cooperating, and working together, using the tools of science and engineering, they can change the world.

According to former US Navy Admiral and Congressman, Joe Sestak, president of FIRST Global, the goal is to inspire the world’s youth to pursue careers in science and technology through the sport of robotics by promoting leadership and innovation in young people from all nations.

This year’s theme is based on one of the 14 Grand Challenges of Engineering identified by the US National Academy of Engineering, “access to clean water”, and will see two alliances of three teams each competing to remove contaminant particles from a simulated river.

The International Robot Olympics is an annual event where each year a competition will take place in a different country. Of the selected 30 finalists, 10 will receive first places. Other finalists will receive second and third places. 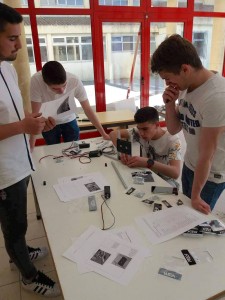 Team Portugal will be represented by four students, Rui Miguel de Padua Costa, Ruben Daniel Gonçalves Fernandes, João Marcelo Gaspar Azevedo, all from Agrupamento de Escolas Dr. Serafim in S. João da Madeira, Portugal. According to Team Portugal, like many other teens, they enjoy sports, motorcycles, and cars, but their love for robotics and technology is incomparable.

Although they have participated in other robotics competitions in Portugal individually, this is the first time they will be competing as a team, so during this journey, they have learned the value of teamwork.

“We, and the students of Team Portugal, would very much like to see a strong Portuguese-American presence at this event, cheering on the team as they take the stage, and play their games July 17-18, including at the Opening Ceremony the evening of July 16.” Admiral Sestak said. “It would be special for the Team Portugal kids to have cheers from the Portuguese attending,” he added.

The games will be played within Constitution Hall following the Opening Ceremony modeled after the Olympic Games. A Procession of Nations will take place with contestants parading to the middle of Constitution Hall, holding the flag of the country they represent.

Portugal is just one of the many Portuguese-speaking countries competing in this year’s competition, including Brazil, Mozambique, and Cape Verde.

The International Robot Olympics will be live-streamed around the world so that parents and the public at large can watch their respective teams compete.

Team Ambassadors will volunteer to make sure the students get where they need to be on time within Constitution Hall, and ensuring they feel comfortable during their first visit to America.

FIRST Global was founded by philanthropic inventor Dean Kamen, and is headed by former US Navy Admiral and Congressman Joe Sestak.

The event is free and open to the public. For questions on attendance or volunteering, contact: info@first.global.