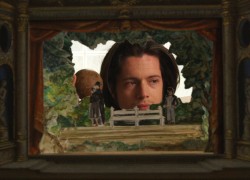 Music Box Films presents the opening of the film “Mysteries of Lisbon” by director Raul Ruiz scheduled for Friday, August 5, in New York City, at the Film Society of Lincoln Center’s Elinor Bunin Munroe Film Center and IFC Center, followed by a national roll out.

The action — taking over three decades in Portugal, Spain, France, Brazil and Italy — involves adventures, coincidences, revelations, vengeance, betrayals and love affairs. It tells the story of João a young bastard child who wants to learn about his family and uncovers a lustful truth involving his mother, a jealous Count,  and a forbidden love.

“Mysteries of Lisbon” is the crowning achievement of a great artist’s career, Chile-born and Paris-based film director Raul Ruiz, one of the most exciting and unique voices in cinema today.

Ruiz’s credits include “Time Regained,” his critically acclaimed adaptation of Proust’s “Remembrances of Things Past” and “Genealogies of a Crime,” both starring Catherine Deneuve, and “Three Lives and Only One Death” starring Marcello Mastroianni. He is currently filming an account of 20th century French author’s life Jean Giono.

Founded in 2007, Music Box Films has quickly established itself as one of the leading distributors of non-English language feature films in theatres in the Unites States.

Music Box Films has acquired the north-American distribution rights for the feature and the TV series.

The film runs for 4 hours and 30 minutes in Portuguese and French with English subtitles. For locations and playdates check >>