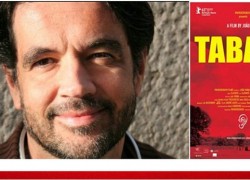 Set for the most part in Guine-Bissau, the film incorporates many documentary elements with references to the historical achievements and cultural traditions of the West African former Portuguese colony.

Three other Portuguese film directors were represented at the competition, namely Salomé Lamas with “Terra de Ninguém” Pedro Pinho with “Um Fim de Mundo,” and Filipa César with short film “Cuba.”  The movie adaption of bestselling novel, “Night Train to Lisbon,” by Pascal Mercier, shot in Lisbon, Switzerland and Germany, was presented at the festival but was not among the winners.