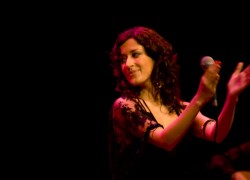 It took six years for Joshua Dylan Mellars to direct and produce this Portuguese themed documentary, a film aspiring to capturing the idiosyncrasies of the Portuguese soul as expressed in Fado music.

Mellars, a native of San Francisco (CA), discovered Fado by spending time with Portuguese immigrants in Providence, Rhode Island, when he was a student at Brown University. He later learned about the tradition by visiting Fado houses in the narrow cobbled streets of Lisbon.

Yet, it was back in the United States that the documentary captured the true meaning of “saudade” in Fado sang away from home in a Portuguese immigrant community.