Hofstra University, one of the largest universities on Long Island, will recognize the local Portuguese-American community during their 30th Annual Dutch Festival in Uniondale on May 5.

Every year, Hofstra University presents its Dutch Festival with live music and entertainment to celebrate the heritage of its founder Dutch-American William S. Hofstra and the university’s heritage.

This year, Hofstra University began a new tradition, showcasing two other cultures – India and Portugal – which have also contributed to the community diversity. Long Island, namely the town of Mineola, has long been home to a large Portuguese community, representing about 25 percent of the population today.

The Portuguese festivities, running from noon to 1:30pm, will be led by  M.C. and Hofstra Alumnus Gabriel Marques (B.B.A. ’03, M.B.A. ’05), who is the current Chairman of the Nassau County Portugal Day Celebration.

Also addressing the crowd, which is anticipated to reach almost 2,000 attendees,  will be the highest elected Portuguese-American official in the State, Senator Jack Martins, and the two presidents of the largest civic centers in the County; Frank Teixeira, president of of the Mineola Portuguese Center, and Manuel Rodrigues, president  of the Portuguese Heritage Society. 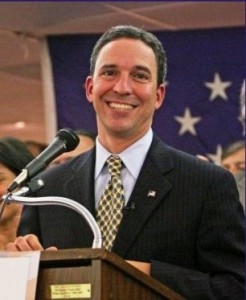 The main attraction will be the performances by Rancho Juventude and Sonhos de Portugal, led by President Tony DaSilva and Joe Pontes, inspired on folk dances from the Minho region of northern Portugal.

The event will further showcase representatives of almost a half-dozen Portuguese Civic groups from Nassau County, which will include the Long Island Portuguese Lions Club, Daughters of Portugal, Mineola Portuguese Soccer Club, Portuguese Continental Union, Escola Julio Dinis and the Luso-American Riders Group, among others. These organizations will share space on the campus with local Portuguese restaurants and supermarkets showcasing traditional food and cultural items.