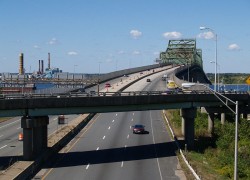 Mayor Will Flanagan announced Wednesday that he plans to  cut $3.3 million from the  Fall River, MA, education  budget. Flanagan also said the city is facing a $1.5 million cut in local aid.

The Herald News reported  Wednesday that the School Department had proposed a level-services budget for fiscal 2012, which would require an additional $2 million over this year’s $84.3 million allocation. Instead, the 2012 budget will be $81 million.

On March 22, the Massachusetts Commissioner of Education, Mitchell D. Chester, had warned that the Fall River school system could face a takeover by the state, over the next year, due to low student performance.

According to him, the Fall River school district, together with the Holyoke schools district, were among the nine school systems in the state considered to be underperforming – either because of weak administrative practices or poor academic performance.

Fall River educates 9,873 students, most of them white from low-income families. About 20 percent of the population is special education students, and about 30 percent is still learning English or English is not their first language.

The state began monitoring Fall River in 2009, when the former superintendent resigned and the mayor asked for a review of the school system.

Fall River is undergoing an economic crisis with an unemployment rate of 18.4 percent, the highest in Massachusetts. The last time the unemployment rate in Fall River was more than 17 percent was in March 2010, when it was 17.6 percent. The lowest rate in 2010 was in October at 12.7 percent.

Fall River hosts the highest proportion of ethnically Portuguese residents (43.9%) in the United States, many claiming to be of Azorean origin, most from São Miguel Island.