Faial: The 39th Semana do Mar Festival will celebrate the sea – Azores 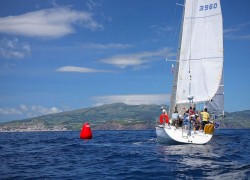 Faial Island will celebrate the 39th Semana do Mar Festival, August 1-10, a weeklong series of religious and cultural events dedicated to the sea.

The festival opens August 1 with the Senhora da Guia Feast a religious parade at sea from Porto Pim to Horta Harbor, celebrating the seafarers’ patron saint. The weeklong festivities culminate with a fireworks display.

As part of the festival, on August 5 Faial will host the second leg of the 5th edition of the Les Sables/Les Açores/Le Sables international regatta, the most important race of the year for the Mini 6.50. The event is valid for the “Championnat de France Promotion Course au Large en Solitaire – Mini 6.50,” organized by the Fédération Française de Voile in collaboration with the French Class Mini.

Semana do Mar is the largest tourist event of the island. The festival originated in 1975 after the Portsmouth-Horta regatta marked the occasion. Most of the activities take place at sea in the Horta Harbor, the Faial/Pico Canal and the Porto Pim Bay.

Faial (population 14,875) is one of the nine islands forming the Azores archipelago. Of volcanic origin, the islands (population 250,000) are situated in the Atlantic Ocean between Europe and the United States.

Visit the Semana do Mar Festival website (in Portuguese) here.