Faial: Full seismic crisis since the beginning of November – Azores 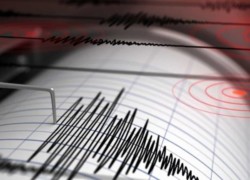 Azorean island of Faial has been plunged into what seismologists call “a full seismic crisis” since the beginning of November.

A new earthquake of magnitude 4.3 on the Richter scale, with epicenter about 30 kilometers west of the parish of Capelo, on Faial island, was felt this Sunday, November 24, with no record of personal or material damage.

According to the Regional Civil Protection, which cites the Azores Seismovolcanic Surveillance and Information Center (CIVISA), the quake was recorded at 2:43 pm, local time, and was also felt in the parishes of Castelo Branco, Pedro Miguel, Feteira and Angustias in the municipality of Horta.

More than 1,000 earthquakes have been reported near Faial in the Azores since the beginning of the month, but this is not, however, an “abnormal situation,” said Rui Marques the head of CIVISA.

Indeed, since November 3, the western part of Faial has been experiencing a “slight increase” in seismic activity. All events “with epicenter at sea,” have been low to moderate intensity the president of CIVISA, Rui Marques, told the press. This is the third increase in seismic activity in this area this year, he said.

During the present crisis, the most intense earthquake occurred on November 5, magnitude of 4.4 on the Richter scale, and was felt on the islands of Faial, Pico and São Jorge.

An earthquake of magnitude 4.1 on the Richter scale was also felt on November 21, in the Faial, Pico and São Jorge islands, according to CIVISA.  A statement from CIVISA has stated that the epicenter of the earthquake was recorded “about 32 kilometers west of Capelo” on Faial.

“We are not experiencing with this increased activity something that is different or rare,” said Rui Marques stressing that the Azores, “being located in a triple junction of tectonic plates register a lot of seismicity from time to time.”

“People should maintain their serenity, live their normal life, and be aware of official information,” he said, stressing that ,”This seismic crisis is occurring relatively far from Faial island, we are not talking about a seismic crisis near the island.”

He also stressed that it is not possible to anticipate a date for the end of this seismic activity because it is extremely unpredictable.

“It is impossible to predict whether it will end in two days or two months,” he said. “These are tremors that do not provoke any kind of damage and are almost commonplace in this area that sits above three of the world’s large tectonic plates (the North American Place, the Eurasian Plate and the African Plate). All these plates are active,” he reiterated.

Indeed, the Azores’ geographical position is described as an active triple junction. The last truly damaging quake in the area dates back to 1757, near Calheta, São Jorge island, and measured over 7 on the Richter Scale, killing an estimate 1,500.

CIVISA will continue to monitor the progress of the situation, issuing new press releases if necessary. Follow the seismic activity live in the Azores in real time here.